Promote your Tech Firms, Products, News, Events at the delabs Mint. One listing for One Year at just $55. He was an American Mathematician and Electrical Engineer. He fostered the development of alternating current that made possible the expansion of the electric power industry in the United States, formulating mathematical theories for engineers. 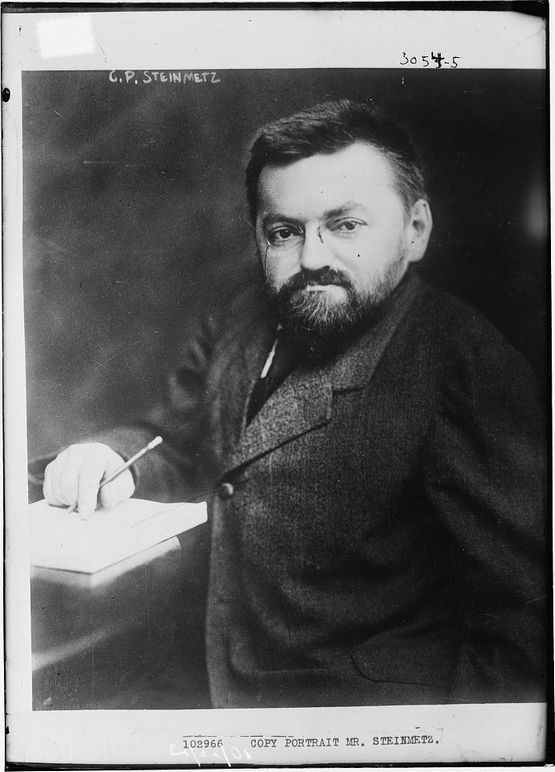 He made ground-breaking discoveries in the understanding of hysteresis that enabled engineers to better design electric motors for use in industry.

“Eickemeyer wanted to expand into electrical motors and generators, a brand new field in 1889.”

Shortly after arriving in the U.S., Steinmetz went to work for Rudolf Eickemeyer in Yonkers, New York, and published in the field of magnetic hysteresis, which gave him world-wide professional recognition.

Eickemeyer’s firm developed transformers for use in the transmission of electrical power among many other mechanical and electrical devices. In 1893 Eickemeyer’s company, along with all of its patents and designs, was bought by the newly formed General Electric Company, where he quickly became known as the engineering wizard in GE’s engineering community.

I read about Steinmetz long ago in a Reader Digest that belonged to my grandfather. It was dated like 1950-60. These issues have become brown and have been ruled by silverfishes.

I cannot find that article but i remember it roughly ……

People from/related to GE had problems with thier electrical equipment heating up a lot. Then they heard of this person of Germany who had mentioned about some remedy to such issues.

They visited him in his loft or some upstairs room where the solution to this problem was discussed and the rest is remarkable history for Electrical Engineering.

The part of the story i remember most was that in one of his wardrobe drawers, a Mama Mouse had made it her home and was also having her kids here. Not only did the compassionate Steinmetz allowed it to keep her quarters, he even attended to the new family with some food and necessities.