Edison and his Inventions Thomas Alva Edison also known as “The Wizard of Menlo Park” was an American inventor and businessman, He is known for inventions like phonograph or gramophone, the motion picture camera and the electric light bulb. 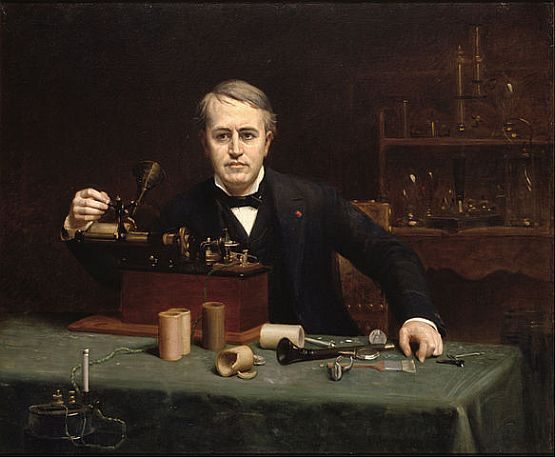 Edison and his Inventions – Inventing Entertainment: The Early Motion Pictures and Sound Recordings of the Edison Companies

Edison – By the time he died in 1931, Thomas Edison was one of the most famous men in the world. The holder of more patents than any other inventor in history,

The Phonograph – On December 7, 1877 Thomas Edison demonstrated his phonograph at the New York City offices of the nation’s leading technical weekly publication, Scientific American. The following report set off a stampede of reporters to Edison’s laboratory to hear the amazing device.

Edison National Historic Site – Where Modern America Was Invented – Thomas Edison’s home and laboratory are a step back in time, when machines were run by belts and pulleys and music was played on phonographs.  Where to the passerby, the buildings betray little evidence of the industries they once started.  Discover where America’s greatest inventor changed our world forever.