History and accomplishments of the General Radio Company, one of America’s first equipment manufacturers for the radio and electronics industry.

Founded in Cambridge, Massachusetts in 1915, GR provided the tools and instruments that allowed the electronics industry to burgeon into today’s giant that fills our lives with radio, TV, computers, cell phones, DVDs and all the other electronic products in our homes, businesses and automobiles. 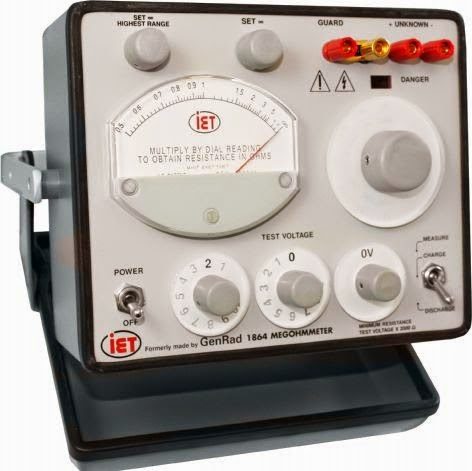 The GenRad 1863 Megohmmeter is the choice for production and inspection tests on devices with resistances up to 20 Tohms.