The ADXL345 from Analog Devices is a small, thin, low power, 3-axis accelerometer with high resolution 13-bit measurement at up to ±16 g.

Ben’s HobbyCorner – Software – Bascom-examples
On the right the ADXL345, connected to the I2c-bus, and when connected
well, you will find it in the I2c-scanner. This is the Bascom-AVR
code for the I2c-scanner. When the ADXL345 and the HMC5843 are fixed
on the board you should see this in Hyperterminal. 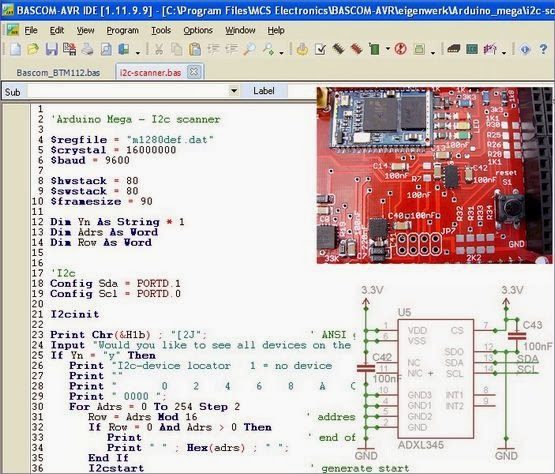 A Guide to using IMU in Embedded Applications

This
guide is intended to everyone interested in inertial MEMS
(Micro-Electro-Mechanical Systems) sensors, in particular Accelerometers
and Gyroscopes as well as combination IMU devices (Inertial
Measurement Unit).

See also on this blog – Accelerometers in Electronics

FreeIMU – an Open Hardware Framework for Orientation and Motion Sensing

FreeIMU
is an ongoing research project which aims to design Open Hardware 9/10
DOM/DOF Inertial Measurement Units as well as easy to use Orientation
and Motion Sensing libraries, built on top of the Arduino platform. 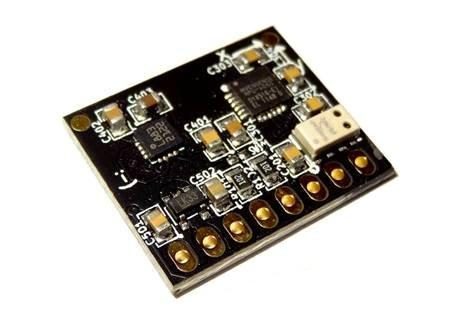 FreeIMU
can be easily used on Arduino compatible boards using the Arduino
FreeIMU library which implements sensor fusion MARG orientation filter
enabling you to do easy and straightforward orientation sensing. 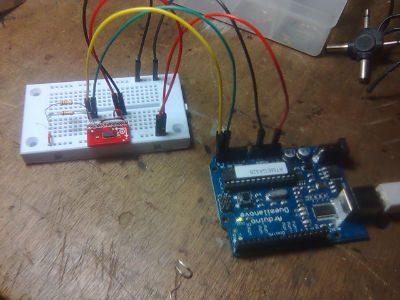 There
are two ways to talk to the sensor, SPI and I2C protocols. I’ve chose
the I2C (the schematics above are for I2C communication) because it is
easier to wire for, and easier to code – the downside, they say, is
that I2C is slower.