MERL is the North American arm of the Corporate R&D of Mitsubishi. MERL conducts application-motivated basic research and advanced development in optimization, control and signal processing.

A novel microprocessor interface circuit is described which can alternately emit and detect light using only an LED, two digital I/O pins and a single current limiting resistor. This technique is first applied to create a smart illumination system that uses a single LED as both light source and sensor. 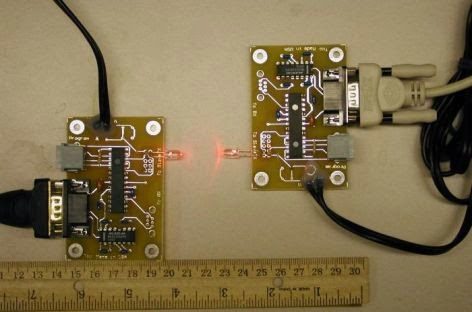 These test boards use a simple protocol for data transfer which allows two unsynchronized devices to phase-lock to each other and exchange pulse-width- modulated data bidirectionally. A basic explanation of the protocol is that the two devices take turns ?ashing their LEDs at each other. A short ?ash indicates a 0 or SPACE state, and a long ?ash indicates a 1 or MARK state.