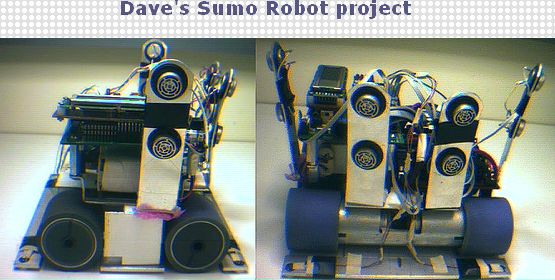 The following is my Computer Science project Comp490 and Comp492 in progress. It is a SUMO robot for our local RoboWar tournament. I have been, for the pass two years a participant of the annual RoboWar competition. So, this year I’ve decided to try to get credit for doing it.

“I was fortunate enough to find a professor who was willing to supervise my project Dr.Ferhat Khendek. I have decided to do the documentation in HTML format and make it public to anyone who is interested in robotics.”

There are two class of robots, remote controlled and autonomous. Remote controlled are operated by a human participant via RF link. Autonomous on the other hand has to be self contained with no human influence in its operations with the exception to its programming.