Begin With the Basics – Learn about static electricity and how to make magnets and solenoids. Find out about direct current and alternating current. Then learn about electrical circuits that use batteries and lamps. 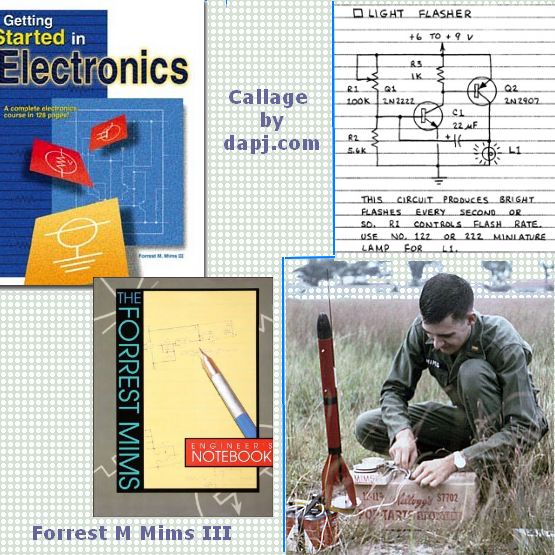 Mims was interested in science at an early age, and he built an analog computer as a high school science fair project in 1960. While memorizing his Latin class vocabulary words, Mims conceived a computer that could translate twenty words from one language to another.

The input was six potentiometers (variable resistors) each having a dial with 26 letters. Entering the first six letters of the word on the potentiometers set a total electrical resistance. The memory of known words was a bank of 20 screwdriver-adjustable trimmer resistors.