1877 – Edison made the first recording of a human voice (“Mary had a little lamb”) on the first tinfoil cylinder phonograph Dec. 6 (the word “Halloo” may have been recorded in July on an early paper model derived from his 1876 telegraph repeater) and filed for an American patent

Dec. 24. John Kruesi built this first practical machine Dec. 1-6 from a sketch given to him by Edison that was made Nov. 29 (not on “Aug. 12” that Edison mistakenly wrote on another sketch in 1917). 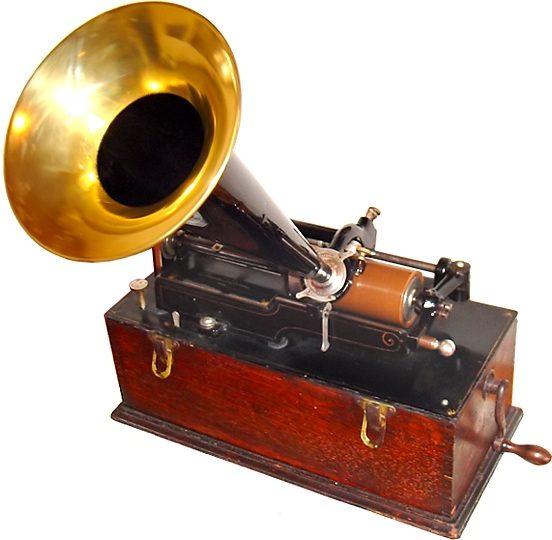 When Kruesi heard Edison’s first words Dec. 6, he exclaimed “Gott in Himmel!” (but these words for “God in Heaven” were not recorded and thus have been forgotten). Others before Edison had tried to record sound, but Edison and his tinfoil phonograph were the first to succeed.

The phonograph expanded on the principles of the phonautograph. Perfected by Thomas Edison in 1878, the phonograph was a device with a cylinder covered with an impressionable material such as tin foil, lead, or wax on which a stylus etched grooves.