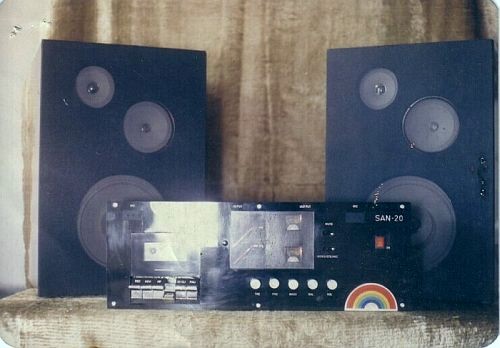 40 Watts Hi-Fi Music System – Stereo Music player with Tuner, 1986, LED VU meter and Analog VU meter. This was done as repairing home electronics was my hobby in school days, I learnt by building Amplifiers based only on transistors from the Old Philips Circuits and Books.

The above one is TDA2020 20 Watts Per Channel, with LED input level meter and moving-coil output meters. It would have a 5 pin din input and RCA speaker output, input for phono, tape, etc. The Speakers had a woofer, tweeter and midrange with passive crossover network. 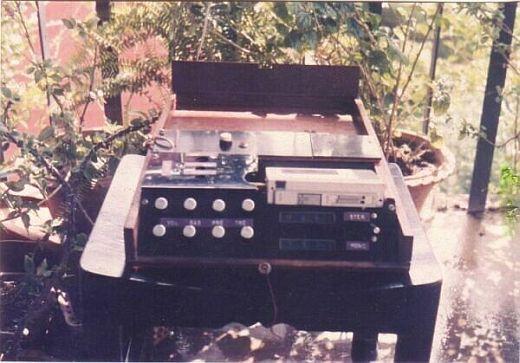 This was a TB810 based 10+10 Watts Stereo Amplifier with LM381 or 2 Preamplifier, The portable player docks in a wooden cabinet. There was no IR, Wi-Fi or Bluetooth in those days, so the device would interface with amp thru a stereo ear-phone socket-jack system with a shielded cable. Bass, treble and Presence as per an old phillps audio amp book.