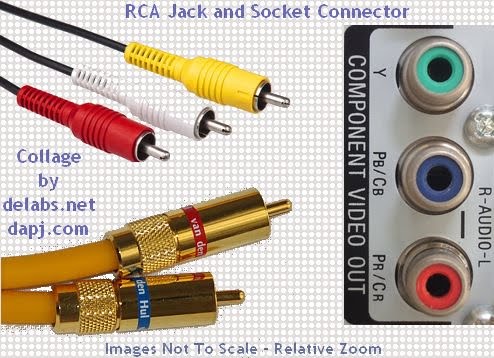 An RCA connector, sometimes called a phono connector or cinch connector, is a type of electrical connector commonly used to carry audio and video signals. The connectors are also sometimes casually referred to as A/V jacks.

The name “RCA” derives from the Radio Corporation of America, which introduced the design by the early 1940s for internal connection of the pickup to the chassis in home radio-phonograph consoles. It was originally a low-cost, simple design, intended only for mating and disconnection when servicing the console. Refinement came with later designs, although they remained compatible.