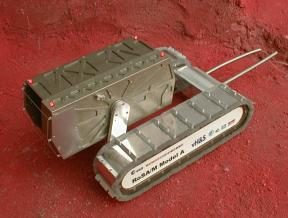 In 1979 Intel has introduced the 8051 as the first member of the MCS-51 family of microcontrollers. Today hundreds of cheap 8051 derivatives are available from dozens of manufacturers. This makes the MCS-51 architecture so interesting for professionals and hobbyists.

Intel had also defined an 8051 assembly language with bells and whistles for all the subtle peculiarities of the MCS-51 core, and offered a well-designed 8051 assembler, the legendary ASM51. Unfortunately, Intel obsoleted all its MCS-51 development tools in December 1993. The original (and IMHO best) 8051 assembler was gone and no longer available! ……. – W.W. Heinz,

ASEM-51 is a two-pass macro assembler for the Intel MCS-51 family of microcontrollers. It is running on the PC under MS-DOS, Windows and Linux. The ASEM-51 assembly language is a rich subset of the Intel standard that guarantees maximum compatibility with existing 8051 assembler sources.

With ASEM-51 to Mars

“In the letter, they told me that they had used my ASEM-51 V1.2 to develop the motor-control software for a little Mars car prototype…”

They had validated several 8051 assemblers, and found ASEM-51 to be the most reliable and best documented one.