Yes, there were electric lights powered by central stations before Edison’s! Carbon arc lamps saw extensive use throughout the USA and the world from the late 1870s on. – Charles Brush

The General Electric Company was formed in 1892. It was the result of a meger between the Edison General electric Company and the Thomson-Houston Company, which themselves incorporated several other companies. 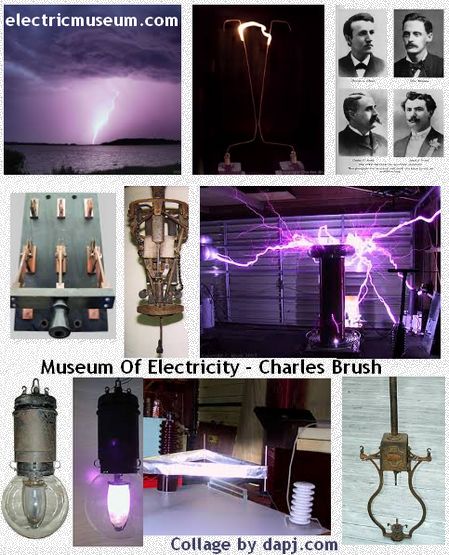 Electricity, technology, and lots of arcs and sparks!

Museum Of Electricity contains Vintage Electrical and Historical images and description. They include the Edison Lamp, Tesla Coils, Lightning and Atmospheric Electricity and the …..

So how do they work?  First two conductive metal rods are positioned in a rough “V” shape with a slight space between them at the base.  A sufficient voltage differential is provided from a high voltage transformer to breakdown the air in the gap between the rods.